Sika Liquid Plastics’ Sikalastic cold-applied liquid waterproofing system and Decotherm insulation have been used as part of a transformation programme to convert a former fast food outlet into a high-end restaurant in Cardiff.

The 1960s building at the city’s Guildhall Place, close to Cardiff’s Principality Stadium, had been used as a Burger King until the scheme by CW Architects converted it for use as a high-end restaurant.

Main contractor Knox & Wells appointed Mitie Tilley Roofing in Cardiff to carry out the roof refurbishment, and the roofing contractor proposed Sika Liquid Plastics’ Sikalastic 625 for the scheme because of the system’s ease of installation, speed of cure, competitive price and 20-year guarantee.

Brandon Loxton, regional manager for Wales at Mitie Tilley Roofing, commented: “The building’s original asphalt roof was completely degraded; it was saturated and there was extensive pooling on the roof.

“As a result, it was clear that the roof would have to be stripped back to the concrete deck and we proposed Sikalastic 625 because the system’s rapid installation would mean we could get the roof watertight quickly with a system that is guaranteed to last at least 20 years.”

After cleaning and preparing the concrete roof, the Mitie Tilley team used Sika’s S-Vap 7000 E DP self-adhesive vapour control layer and carrier membrane, a multi-layer, dual purpose membrane made of polymer modified bitumen with glass fibre mat reinforcement and aluminium foil that is laminated with a polyester film as a top surface.

Tapered Decotherm insulation was then installed onto the S-Vap 7000 membrane to create a slight pitch on the roof to aid drainage and prevent any further issues with pooling in the future. A further layer of S-Vap 7000 was then laid onto the insulation prior to installation of the Sikalastic cold-applied liquid membrane.

The single component, vapour permeable polyurethane membrane has been developed to provide rain resistance immediately after installation, making it ideal for projects like this restaurant refurbishment where a vulnerable substrate requires rapid protection. The moisture-triggered membrane is based on an advanced formula that uses atmospheric moisture to start the cutting process.

The Sikalastic 625 base layer was applied with rollers, followed by Sika’s Reemat Premium flexible reinforcement layer. A further top coat of Sikalastic 625 was then applied to the 600m² roof to complete the installation.

While the redundant plant from the fast food outlet was removed during the strip out phase, new plant specified for the restaurant was installed on the roof.

Brandon continued: “The Sikalastic membrane provides a robust surface for the new plant and, following specification of the new services, we installed a maintenance walkway onto the finished roof surface according to the new tenant’s requirements.

“The roofing scheme was completed in just three weeks, providing a hard-wearing and cost-effective solution for the new occupier.” 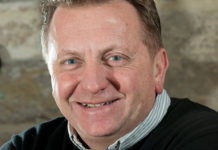 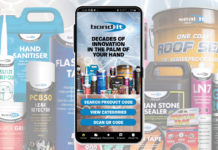 Decades of innovation in the palm of your hand 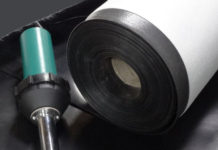