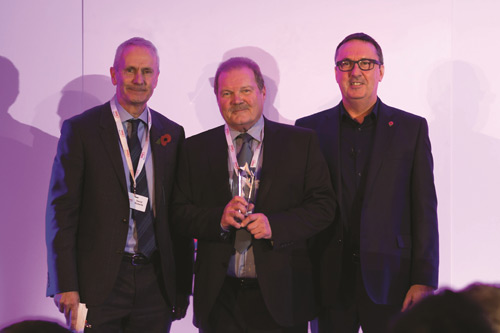 Liquid resin roofing and waterproofing manufacturer, Kemper System, says it is celebrating a successful 12 months in business as the end of 2017 approaches.

This year not only marks the 20th anniversary of Kemper System in the UK and 60 years globally, but managing director, Harry Cowell, has received the ‘Special Contribution to the Liquid Roofing and Waterproofing Industry’ accolade at the inaugural LRWA Awards & Gala event.

Kemper System was also named a finalist in two categories at the LRWA Awards. Selected by a panel of expert judges from the construction industry, the cold-applied liquid waterproofing specialist was shortlisted in the ‘Liquid Roofing Project of the Year under 1000m2’ category with contractors Capital Roofing Co, for its work on the Calvary Charismatic Baptist Church project in London.

A second project by Kemper System and Castle Contractors was shortlisted in the ‘Liquid Roofing Project of the Year over 1000m2’ for the refurbishment of the Blackpool Municipal Building in Lancashire.

Commenting on his ‘Special Contribution to the Liquid Roofing and Waterproofing Industry’ award, Harry Cowell said: “This industry has been very good to me and setting up Kemper System was the best thing I have ever done. I’ve worked with a fantastic team of people throughout my career – you rely completely on the people you work with and I truly feel blessed.”

Earlier this year, Kemper System and Mitie Tilley Roofing also won an award in the ‘Liquid Applied Roofing and Waterproofing’ category for demonstrating first-class delivery at the Gatwick Airport refurbishment project at the annual UK Roofing Awards in May.

Entering 2018 will also see positive changes for the business as a new managing director, Peter Dietrich, has been appointed, as Harry Cowell retires from the business. Peter will be joining the UK team from Kemper System in Germany, where his role was head of export.

Commenting on the successes of the year, Stuart Hicks at Kemper System said: “Thanks to the hard work and dedication of the team, we have been recognised in two major roofing industry awards, which is fantastic.

“For Harry to be recognised in the ‘Special Contribution to the Liquid Roofing and Waterproofing Industry’ category at the LRWA event in our 20th year is a real celebration, and we look forward to an exciting year ahead as our new MD, Peter Dietrich, comes on board in 2018.” 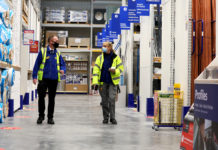 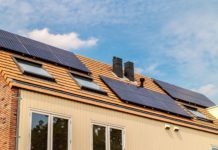 Dickies celebrates inspiration in the trades