Unite was commenting on Reform think tank’s study which claimed low skilled jobs are being rebranded as apprenticeships so that employers can gain training subsidies.

Gail Cartmail, Unite assistant general secretary, said: “Unite has consistently supported high quality apprenticeships of which there are many good ones across a myriad of industries, such as engineering, construction and aerospace.

“There are also some unscrupulous employers which are exploiting the levy system – and these practices need to be stamped on hard.

“We, alongside many employers, believe that three year plus apprenticeships enable young people to hone their skills in their specialist trades – currently, employers can offer a 12 month apprenticeship and still qualify for financial support.

“There may be a place for a 12-month apprenticeship in some sectors but, on behalf of young people especially, we believe all sectors should be more ambitious.

“History tells us that not enough employers are stepping up to the plate to offer the high-quality apprenticeships that the UK so desperately needs to tackle the UK skills gap and shortages.

“It is paramount that there is a new generation of young skilled workers to underpin future growth in the economy.

“For example, in the construction industry there are no shortage of young men and women wishing to take up apprenticeships. However, Unite research has shown that overall only 11% of these applicants gain a construction apprenticeship. This drops to 9% for black, Asian and ethnic minority applicants and just 6% for women.

“There is a concern that this study from a centre-right think tank could be used as an argument for employers not to pay into the apprenticeship levy.

“We believe that this would be very wrong as the levy should be robustly assessed, in particular its impact on the ability of SMEs to provide good quality apprenticeships on the scale prior to the levy’s introduction.” 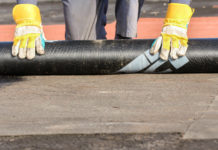