It is now a little under a year until the Ricoh Arena opens its doors for the third instalment of the RCI Show – sponsored by Jablite – which takes place on the 1st & 2nd November 2017.

Following the success of the RCI Show 2016 – which saw both exhibitor and visitor numbers grow – the organisers Unity Media Exhibitions have already confirmed that 70% of the space for the RCI Show 2017 is booked / reserved and they are well on the way to another sold out exhibition.

Show director Tony Brown says he is pleased with the way the show is developing and excited by the number of new exhibitors signing up, as well as those returning for 2017: “We’re really pleased with the feedback from exhibitors and that has been shown in the number of companies re-signing for 2017, but this is accentuated by the new exhibitors who are also coming on board. For example it’s great that builders’ merchant Jewson has re-signed and trebled the size of its stand. Other exhibitors to sign up in the last few weeks include Jones and Son Pest Control, the Single Ply Roofing Association (SPRA), the British Board of Agrément (BBA), Plastic Extruders, FM Approvals, Qingdao Huirun Materials, Plytech, Kytun UK and metal envelope specialist Ash & Lacy.”

Tony says all of these companies compliment the great mix of manufacturers, merchants and suppliers already signed up, which represents all disciplines of the roofing, cladding and insulation industries. You can see a full list of exhibitors at www.rcishow.co.uk.

The exhibitors are one part of the exhibition, but Tony is also pleased with the way the seminars, speaker programmes and show content are developing. He explained: “The RCI Show 2017 is going to be packed with even more RIBA-approved CPDs and live debates on key topics affecting the roofing sector and wider construction industry. We will also be developing the very successful CITB & RIA Information Hub, plus visitors will be able to get up close and personal with key products and systems in the our ten Live Demo Zones.”

Tony also explained that visitors to the RCI Show 2017 will be able to network and enjoy a drink at the new lounge bar which will be situated in the centre of the exhibition hall.

Another new visitor attraction is the free stadium tour of the Ricoh Arena, which plays host to Coventry FC and Wasps Rugby Club. The tour will take visitors pitch-side and in the dugout, as well as the changing rooms and the press area.

Tony concluded: “With over 3,000 visitors expected for the RCI Show 2017 and the additional content we are introducing, this will be the best show yet. Where else can you see, hear and touch so many of the latest products and systems that our industry has to offer, as well as pick the brains of so many of the leading manufacturers, associations and suppliers? With the way construction is changing and developing, I’d encourage those involved in the roofing, cladding and insulation sectors to make time and be a part of the RCI Show 2017, whether that is as a visitor or an exhibitor.”

Space is filling up fast so those wishing to book a stand should contact Tony on 01732 748059 , tbrown@unity-media.com 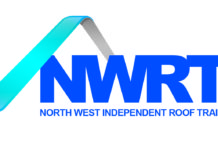 Roof training groups get on board with new “Kickstart Scheme” 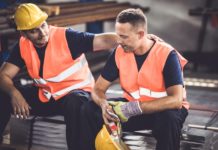 BMF brings mental health to the fore with 2020 charity partners