High winds have battered the UK, causing severe damage to both commercial and residential properties.

On Saturday January 10, firefighters from the Greater Manchester Fire and Rescue Service (GMFRS) spent around four hours working to secure loose cladding hanging from the forth floor of the Ikea building in Ashton. Ropes and specialist cutting equipment were used to fix the cladding to the building from the inside.

Station Manager Bob Pownell, speaking at the time of the operation, said:

“We had approximately eight sheets of metal cladding – each piece about six to seven metres in width – that were loose due to the strong winds.

“It was too windy for crews to get to the affected area externally so they have been drilling holes into the cladding from the inside and securing it to the internal frame of the building.”

“The safety of our customers and co-workers is always highest priority for IKEA, therefore we were unable to open the IKEA Manchester store in the morning, January 10, due to loose metal cladding hanging from the building, which was a result of strong winds.

“We worked hard together with Greater Manchester Fire and Rescue Service to fix the cladding and we eventually opened the store at 5:45pm. We are sorry for any inconvenience caused to our customers.”

Extreme weather conditions also caused problems for Cardiff City football club after the roof at Cardiff City Stadium was damaged due to high winds. However, fire crews worked to secure the site on Saturday morning prior to the Championship game between Cardiff and Fulham and play was able to take place.

High winds also caused havoc for residential properties, with a pensioner in the town of Gourock in Scotland fearing someone would be killed when part of a hospital roof flew through the air, demolishing her back garden.

Speaking to the Greenock Telegraph on January 10, Sally McAlees, 63, witnessed the recently renewed roof of a building at Inverclyde Royal – including wood, insulation material and nails – flatten her fence and shed.

The gale force weather also caused damage at Carlisle Racecourse, with the Racing Post reporting that a ten-metre wide roof, containing two steel beams, was lifted off a storeroom and deposited on to the main road behind.

While the majority of high winds seemed confined to northern regions, causing damage such as the collapse of the gable end of a house in Jarrow, property damage was reported as far south as Reading.

According to the Reading Chronicle, two families were evacuated after after part of a roof collapsed, causing bricks to fall through a neighbour’s home because of gale force winds. The gable end of the house crumbled and bricks fell onto the roof of the neighbouring home, causing damage.

Thankfully, no one was injured in any of the incidents mentioned, but it does raise serious questions about how buildings are designed with regard to wind loading and product installation. Martin Hayward recently wrote an article for RCI magazine on behalf of the Metal Cladding and Roof Manufacturers Association (MCRMA) offering some key advice on the issue, which can be viewed here 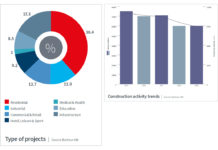 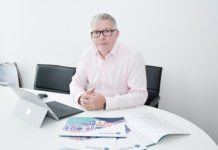 Housebuilding contracts worth over £2 billion in October