The Lighthouse Construction Industry Charity has raised a staggering £250,000 at its annual lunch event, which took place at the Westminster Park Plaza Hotel in London on December 6.

Funds for the event were raised through table sales, live and silent auctions, heads and tails, a raffle and sponsorship opportunities.

All of the money will directly benefit construction families in crisis and help the charity to provide even more support to the construction industry, including mental health training, development of its helpline app and an increased portfolio of charitable services available through its 24/7 construction industry helpline.

Guests were welcomed in by live music from 1852 whose band members all work for Willmott Dixon interiors, and who were awarded best fundraisers at this year’s Construction Rocks battle of the bands event.

Each year, the Lighthouse Construction Industry Charity awards the ‘Peter Capel’ Cup to recognise organisations that have made a substantial contribution to the charity’s work, and this year the highly coveted award was presented to two companies: Canary Wharf Contractors Fund and Heathrow Airport.

Lynn Way, president of the National Access and Scaffolding Confederation (NASC) and Peter Capel Cup nominees, also presented the charity with a cheque for £25,000, which was raised by members at the annual NASC awards event that was held a few weeks earlier.

Sky Sports presenters Vicky Gomersall and Julian Warren hosted the proceedings for the day and introduced top class sporting celebrities from the world of boxing and rugby.

First on stage was boxing legend Frank Bruno who talked very honestly and openly about life when he was growing up and his determination to avoid a life of crime. He also spoke frankly about his struggle with mental health, how he copes with anxiety on a daily basis and his views of boxing today.

Next up was a quartet of rugby lions legends, Brian O’Driscoll, Matt Dawson, Phil Bennett and Willie John McBride. Brian and Matt entertained the audience with ‘behind the scenes’ stories about fellow lion Austin Healey and the brutality of the South African ruts. Phil and Willie went on to remember with glee the famous 1974 lions tour of South Africa where Willie’s now famous ‘99’ call ensured a ‘one in – all in’ retaliation policy.

Bill Hill, chief executive officer of the Lighthouse Construction Industry Charity, said: “This has been a great day. We just can’t believe how hugely generous everyone has been because every year, our expectations are surpassed. This means that we can reach out to more construction families in crisis and continue to provide even more support at the ‘front end’ so that we can achieve our mission of ensuring that no worker should feel alone in a crisis.”

Bill continued: “Thank you too, to all the volunteers who work so hard behind the scenes to make sure that this day goes well and of course to our event sponsors and supporters.

“The money raised will go towards continuing our vital helpline services and developing our Building Mental Health programme so that we can continue to support our construction families in need and make a real difference to people who have nowhere else to turn.” 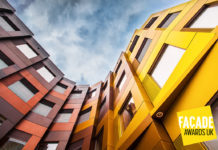 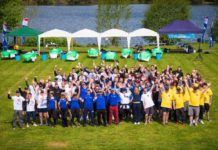 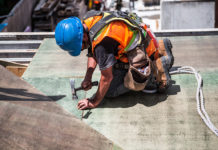