The winners of the 2019 Liquid Roofing and Waterproofing Association (LRWA) Awards have been crowned at a gala dinner in Liverpool.

More than 300 people attended the sell-out event to celebrate the outstanding workmanship and technical excellence across the liquid roofing and waterproofing sector.

Each winner was selected by an independent panel, including specifiers and technical experts, with projects judged against strict criteria, including complexity, standard of workmanship, evidence of problem solving and aesthetics.

There were also awards for talented individuals. Ross Smith, technical manager at Kemper System, was crowned Trainer of the Year in recognition of his teaching abilities and specialist knowledge, which have been honed throughout a roofing career spanning more than four decades.

The Student of the Year award went to Ryan Kirby from Proctor Roofing for his dedication to training and upskilling, which has seen him rapidly progress up the ranks to site supervisor.

A Special Recognition Award was also presented to Chris Bussens, for his contribution to the liquid roofing and waterproofing industry. Chris joined the LRWA in 2013 and was instrumental in developing the Basic Competency Programme (BCP).

Following a pilot in 2014, involving LRWA manufacturer members, the initiative received substantial funding from the CITB and evolved into a pioneering training project for all roofing disciplines. Spanning three years, the BCP has helped thousands of operatives to take their first step towards a formal qualification.

Sarah Spink, chief executive officer of the LRWA, said: “In our 40th anniversary year, it was fantastic to see such an incredible turnout at the event and to celebrate truly exceptional projects and people.

“The winners are a clear reflection of how much the liquid roofing and waterproofing industry has grown in recent years. Spanning a vast range of sectors, the projects demonstrate how liquids can be effectively used in some of the most challenging environments, as well as the impressive skills of contractors working right across the UK.

“With such strong competition this year, we would like to congratulate all those that made the final and thank our sponsors for helping us to make the event another great success.”

The Titanic Hotel in Liverpool played host to the awards, which are now in their third year and were backed by a number of sponsors, including headline supporter Moy Materials in partnership with Enke.

The 2019 winning projects are:

Located in London, the Siobhan Davies Dance Studio features a signature undulating roof in its main performance space. Asymmetrical leaping vaults can be seen above the brick building base, reflecting the sweeping arms of the dancers below.

The waterproofing membrane on this impressive roof had reached the end of its serviceable life, so a survey was carried out to establish an alternative solution. A polyurethane liquid waterproofing solution was specified to provide a highly durable roof covering. Another major benefit was that it could be quickly, safely and effectively applied onto the unconventional roof shape, which includes dome-like features and awkward detailing,

The low-odour system also minimised disruption for the dance studio, which remained open throughout the works, as well as a neighbouring school.

Liquid Roofing Project of the Year >1000m2 (sponsored by Kingspan):

This project required roofs to be refurbished across eight buildings on the site. As a live ‘Clean Water’ environment site, the contractor was faced with many challenges to avoid the risk of potential contamination and keep the operatives safe over the open water.

Additional protection was installed above the water tanks to ensure no concrete particles entered the water and to help the dissipation of moisture under one of the roof areas, mushroom vents were installed.

The roofing solution included the use of a translucent liquid waterproofing system for a building with a concrete rooflight and glazing blocks. This enabled light to pass through the membrane into the building’s interior of the building.

The project resulted in full encapsulation of the roof areas, without a single detail left exposed to the elements.

As part of the refurbishment of these city centre offices, an existing podium car park was transformed into a landscaped deck using a hot melt system.

This complex project presented numerous installation challenges. As the existing slab wasn’t level prior to beginning the waterproofing, it had to be flooded with hot melt to ensure an even surface. Existing planters and upstand details also had to be overlaid, outlets replaced, and the system fully sealed.

Located in a busy city centre, the site had restricted access and contractors also had to manage the movement of other trades people across their working area. To overcome this issue, the waterproofing was continuously tested and re-patched. All results were reported to the client to keep them fully informed.

Liquid Waterproofing Project of the Year:

The Water Gardens were originally built in the 1960s. Featuring trees, vegetation and large shallow pools, the gardens are suspended over a basement car park. The structure had been susceptible to leaks which had caused damage to vehicles parked underneath and resulted in the car park becoming redundant.

This project required the 5,800 sq. m Water Gardens to be leak free. All soil and vegetation was removed and more than 500 tonnes of silt and mud taken out of the ponds in restricted conditions. Safe removal of fish from the ponds was required which then had to be re-introduced into improved water once work was complete.

All areas, including ponds and planters, were cleaned to allow the concrete to be inspected and repairs carried out before application of the fully reinforced liquid waterproofing membrane. The former car park’s original concrete structure was also repaired and waterproofed with a cold-applied liquid that will last for 20 years. 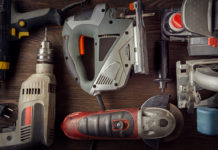 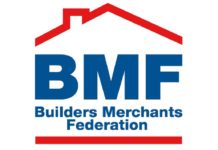