Bracknell Roofing is experiencing continued growth on the south coast of England and has bolstered the team at its Southampton branch to meet demand.

The company – which is part of Avonside Group Services – recently announced the promotion of Paul Northrop to the role of branch manager and has followed this up with a new appointment and another member of staff rising through the ranks.

Dan brings more than 20 years’ experience to his new role and will be responsible for running sites, dealing with roofers and tilers, ordering materials, organising payment to contractors and raising invoices.

Commenting on his new role, Dan said: “To this point, I’ve spent my career on roofs and never saw myself as an office person, but Paul Northrop saw the potential in me. I’m looking forward to this new phase in my career at Bracknell Roofing, taking on a new challenge and applying everything I’ve learned on the roof to my role at a desk.”

George moved into the roofing sector after initially starting his career at a merchant and has quickly established himself as a talented contracts manager. He said Bracknell Roofing’s investment in its people was one of the key reasons that attracted him to the company.

“I’ve known Bracknell Roofing since I started on the counter at a merchant, and they’ve always had a fantastic reputation for developing staff and giving them every opportunity to improve their skills and clear pathways for career progression,” said George.

“When the opportunity arose to be part of the team, I jumped at the chance because the south coast branch is very busy and continues to see strong growth delivering projects. The bulk of our work comes from housebuilders, who are building great swathes of new houses on the south coast.”

Bracknell Roofing’s divisional director, Simon Smith, is delighted with how the team is developing at the south coast branch. He said: “The south coast is a real hotspot for housebuilding, and Bracknell Roofing continues to secure large projects with housebuilders. We’ve bolstered our team at the Southampton branch to ensure we deliver on time and on budget.

“Bringing in additional talented people is great for our business, but I think it also speaks volumes about the ethos of Bracknell Roofing that we look after our own, invest in them and give them every opportunity to progress.” 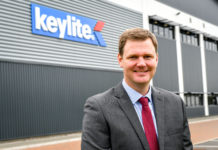 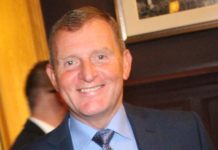 Board changes at Avonside Group will help achieve its growth plans 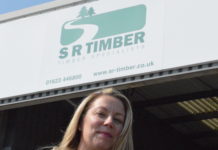