Alumasc Water Management Solutions (AWMS) continues to grow and develop its team with the appointment of Barrie Smith as new area sales manager of London and the South East, and the promotion of existing team member Pete Hickman to area sales manager for the North.

Over that time he has built extensive experience in dealing with architects, specifiers, distributors and builders’ merchants.

Barrie commented: “I’m excited to join AWMS and be part of a strong, growing business. I look forward to developing my knowledge of their range and gaining new skills.”

Pete joined in 2014 to be part of AWMS’ newly formed merchant support team, covering the North and Scotland. It was a completely new role, introduced to provide merchant customers with support to help them sell, such as site surveys, product training, trade mornings, marketing initiatives and branch incentives.

In January, Pete was promoted to his new role of area sales manager for the North. He said: “There have been many new developments in AWMS since I joined and it’s a privilege to be part of a proactive organisation that puts a lot of time and effort into helping its staff progress in new roles.” 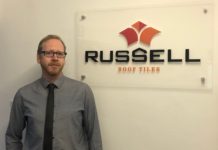 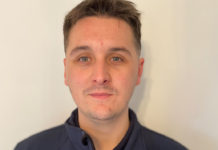