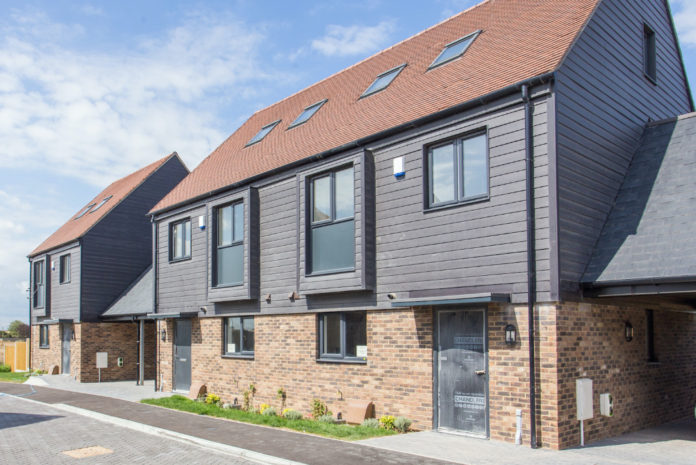 Over 60 Keylite Roof Windows have been installed to new homes and flats in the Brooke Close housing development in Margate, offering clean and modern aesthetics, as well as peace of mind for the building contractor, PCR Projects.

The Roman Fields development situated in the village of Garlinge beside Brooke Avenue in Margate comprises 43 homes.

Designed by architectural firm Urban Surveying and Design and built by PCR Projects, the development required 60 Keylite Polar White PVC Centre Pivot, Thermal Glazing Roof Windows to be installed in each of the houses, and two Keylite White Painted Centre Pivot, Thermal Glazing Roof Windows, with Smoke Ventilation Kits in each of the block of flats.

Scott Ridgen, managing director at Urban Surveying and Design, said: “We are very much a design led practice and so the aesthetics of Keylite Roof Windows really appealed to us, especially knowing how they would sit on the roof lines and create a point of differentiation for this particular project.

“The fact that the windows offered great quality at a reasonable price-point was also a great incentive for us. We’ve actually gone ahead and specified more Keylite Roof Windows for another project we are currently working on, so it’s safe to say we are very impressed.”

Tony Cooper, site project manager at PCR Projects, added: “The build for this development began at the end of September 2018, once the archaeological survey was complete and planning requirements were met. Although we had to down-tools for quite a few weeks due to COVID-19, we are really pleased with how the project has come together.

“I was first introduced to Keylite Roof Windows when I was working on a small development of just seven houses in Walmer near Deal in the district of Dover. My contact Paul White at Buildbase Herne Bay builders’ merchants recommended Keyite, and we subsequently fitted a number of its roof windows to the houses on the development.

“I was so impressed with the product that I just had to use Keylite again for the Roman Fields development. Working alongside Paul was brilliant, we got the roof windows at a decent rate and received prompt delivery in just three days.

“As an ex-carpenter and joiner, one of my top priorities is practicality and ease of fitting. Keylite’s Roof Windows are fantastic for this, they are incredibly straightforward to install and the roofing sub-contractor on the project, Complete Roofing agreed that they were much quicker than other roof windows they had previously worked with, saving time on-site and making all of our jobs that bit easier.”

Gary Lambert, director at Complete Roofing, said: “Keylite Roof Windows were a pleasure to install. The Flick-Fit brackets are pre-fitted to the window, making them fast and easy to secure into the prepared roof opening. We wouldn’t hesitate to work with them again.”

Tony added: “Keylite’s Roof Windows are incredibly good for air tightness, which is great for SAP and homeowners that love the light and airy aesthetics they bring to a home. So much so in fact, that Roman Field’s estate agents Miles & Barr have sold all but a handful of homes on the site already.”

Janagan Kanesalingam, area sales manager at Keylite Roof Windows added: “We were thrilled to hear just how much of an impact our products had on the Roman Fields housing development. At Keylite we pride ourselves on innovation and offer unique patented features such as our Flick-Fit brackets, integrated Expanding Thermal Collar and Sash Hinge Finger Springs, which make the roof window installation simple and quicker for housebuilders and installers, and offers peace of mind for homeowners.”

Tony concluded: “I can’t emphasise just how impressed we’ve been with Keylite. They make our job as contractors so much easier. We’ve been extremely happy with our decision to use Keylite’s Roof Windows in the homes on the Roman Fields development and we would 100% use them again for future projects.” 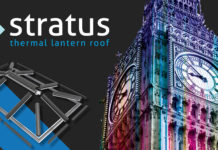 Bringing colour to a grey world 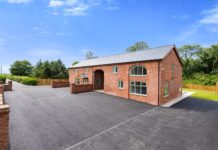 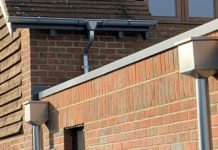