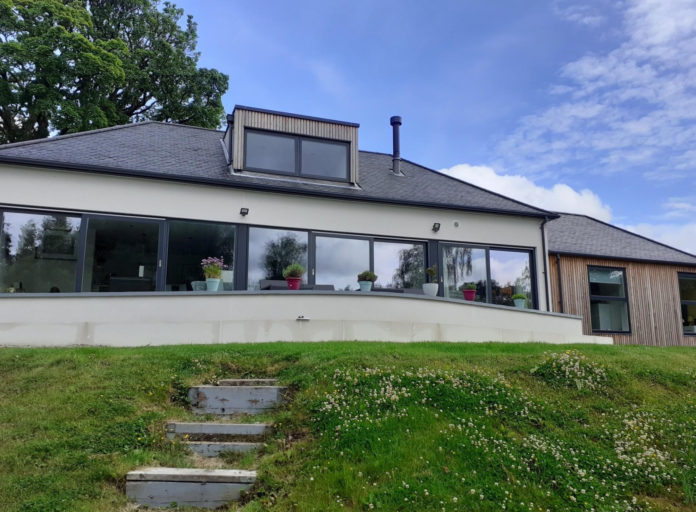 Marley Alutec’s Evoke composite aluminium fascia and soffit system has been supplied to a residential property in Killin, Stirling, where it was cut and formed on-site from standard sheets to meet the requirements of the project.

The now four-bedroom residential property was extensively redeveloped and extended from the original one-bedroom home, much of which was demolished to create the new property.

The design included an aluminium panel for the fascia and soffits to provide a high quality, long lasting finish for the exterior of the property. The specification also included aluminium rainwater systems due to the material’s longer lifespan when compared with PVCu systems.

Ian Brydie, the owner of Ian Brydie Construction, which was responsible for the build, said: “I had worked with Drummond McKenzie, the area sales manager from Marley Alutec, a number of times before and approached him about what the company could offer. The Evoke system ticked all the boxes in terms of what the client was looking for and they were more than happy for it to be used.”

Unusually, the Evoke material supplied to the project did not include any pre-cut, pre-formed or bespoke elements. Instead, standard sheets of the composite aluminium panel were delivered to site and the contractor team cut and formed each section to fit the shape of the building.

Due to the bespoke nature of the project, the contractor wanted the flexibility of cutting the material to fit each section. This was possible because of the composition of Evoke that allows the material to be worked in a similar way to timber, using standard carpentry tools and skills.

Marley Alutec also supplied scrap sections of Evoke to allow the contractor to trial cutting and forming the material before the install commenced.

Evoke is more durable than conventional sheet aluminium and has a 50-year functional life expectancy with minimal maintenance. It is finished in a three-layer Kynar 500 fluorocarbon polyvinylidene fluoride (PVDF) architectural grade paint. This keeps maintenance requirements to a minimum and ensures colour stability throughout the life of the fascia.

Marley Alutec’s Aligator Deepflow rainwater gutter system was also used on this project. Ian explained: “Seamless aluminium gutters had been specified for the gutters and on previous builds we have worked with a specialist subcontractor to fabricate it. However, we realised that with the Marley Alutec Snap-fit product we could achieve a seamless look but with a system that we could install ourselves. We presented this option to the client and they were keen for it to be used, especially given its strength and longevity.”

The Aligator Deepflow product, which is manufactured from marine grade aluminium and finished in the same PVDF architectural grade paint, features internal joints and concealed brackets for a sleek, seamless finish. The Aligator Deepflow offers a rounded gutter profile and achieves a flow rate of up to 4.4 litres per second (l/s) and 209m² of roof area per downpipe. The Aligator Snap-fit joint system is proven to reduce installation times by up to 40% compared to traditional bolted systems.

Both the Evoke and Aligator systems were supplied in RAL 7016 Anthracite Grey to match other elements of the property such as the aluminium framed windows.

Ian concluded: “Being able to cut and shape the sheets on-site has been a real game-changer. It has saved us a lot of time on this build because of some more complex elements in the design. Although we had never worked in this way before, the success of this build has demonstrated the strengths of this approach and it is something that we will look to repeat on future projects.” 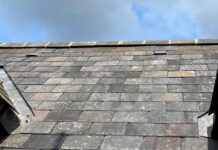 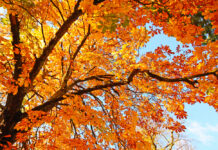 Helping the construction industry to help the environment 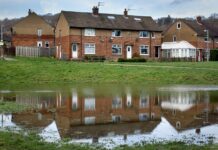