SR Timber says that its ‘keep calm and carry on’ approach to the first half of 2019 has enabled it to see a growth in sales – and the creation of new jobs.

The North Nottinghamshire-based company is pleased to achieved growth against a backdrop of political turmoil, Brexit and the election of a new Prime Minister.

At the start of 2019, trading director, Shaun Revill, said that SR Timber would adopt a ‘keep calm and carry on’ mantra because the UK still needs to build lots of new houses; for this, the housebuilding industry is reliant on the constant availability of a range of materials, such as roofing batten.

“I’m very pleased with our half-year performance – given the circumstances – because we have remained focused on what we do well, and this has enabled us to see an increase in turnover on sales of roofing batten over the first half of the year,” said Mr Revill.

“It’s not all been plain sailing – there have been monthly fluctuations caused by issues such as bad weather – but, overall, we’re ahead of where we were last year, and that’s something the team at SR Timber should be very proud of.”

Shaun says that the key factor behind the growth and success has been winning back some customers and merchants.

“Understandably, when times get tight, customers are very focused on the cost of materials, and we have had situations where we’ve lost out on orders because companies have bought elsewhere – but they have actually paid a high price because of hidden costs and dubious quality,” said Shaun.

“We’ve seen cases where customers have bought batten that clearly isn’t compliant with British Standard BS5534:2014 – which was revised to BS 5534:2014 + A2:2018 – but they’re taking a big risk with that. We’ve also come across situations where roofers and merchants may be able to get a cheaper price, but the lead times can be as long as three weeks, meaning that, in some cases they lose the work.”

“SR Timber can typically get roofing batten materials delivered to most places in the UK between 48 and 72 hours after an order is placed, as either a full or part load – and this reliability has really become an important factor this year.”

New and returning customers, as well as reliable deliveries, are behind SR Timber’s confidence in taking on two new members of staff to join the team of 10.

As for the rest of 2019, Shaun believes that the housebuilding industry may go into catch-up mode between now and when the UK is due to leave the European Union on October 31.

“I think housebuilders will pull out all the stops between now and the end of October to get as many new houses completed, or at least tiled in to be water tight – to hit their figures in Q3, then completing the interior works during Q4,” he said.

“I suspect housebuilders may want to hit their numbers before the Brexit due date and get the biggest area completed before any possible further shortages of labour and of course any possible raw material increases due to Brexit in Q4.

“Ameans that the availability of materials and the ability to be responsive will be even more important to support roofing contractors and merchants.

“We’re expecting it to be busy, but, as ever, we’ll keep calm and carry on.” 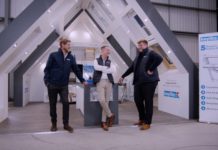 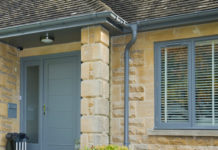 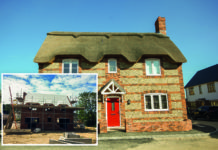 The effect of extreme weather on metal roofs and gutters