The Prefabricated Access Suppliers’ and Manufacturers’ Association (PASMA) is challenging the industry to take the Tower Test, designed to reveal how much people know about the most common mistakes when working at height on scaffold towers.

The test, which can be taken online, was released ahead of Tower Week – currently taking place between November 10-14 – and shows pictures of towers and asks what is wrong with them. As part of its fundraising efforts, PASMA is donating a pound to Children Need for every test taken.

Peter Bennett, managing director of PASMA, said: “The two things people need to keep in mind when they use towers are: ?Is this a safe tower, and am I using it safely?’ Some of our examples show towers which should be perfectly safe, but were put up shoddily.

“People using a tower must be competent to do so, and hopefully our test will remind them of what competence means. Anyone unsure about the questions in the test should think about getting PASMA trained before going up a tower again, or they could end up injured or worse.”

As well as donating money for every test taken, Tower Week is also seeing PASMA Chairman Chris Blantern raise money with a sponsored “epic journey” around the country to as many of PASMA’s hundreds of training centres as possible, accompanied by Pudsey Bear.

Mr. Blantern’s journey can be sponsored at justgiving.com/PASMA or by texting PASM99 followed by the donation amount to 70070. His progress can be tracked in real time on the Tower Week site (towerweek.pasma.org.uk).

PASMA has also launched a ?Tragically Terrible / Truly Terrific Towers’ social media campaign, which asks the public to send in pictures of tower use (on PASMA’s Facebook, or to michael.fern@pasma.co.uk). These are then ranked out of ten by PASMA’s experts, and posted with this rating on the association’s Facebook page. 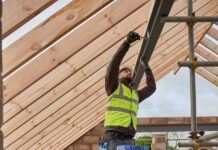 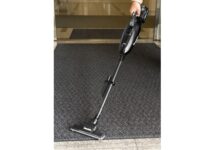 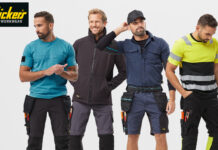 Kee Systems have roof safety solutions down to a T