Shaun Revill, trading director from SR Timber, looks at the parallels between roofing batten and baked beans, and says that quality is still very much king, even in very competitive markets

There are a couple of key reasons why people still buy tins of Heinz Baked Beanz in their millions every day – even though the rise of supermarket branded products (such as beans) means that shoppers can easily buy a similar type of product cheaper.

I’m sure that Heinz would say that the main reason is that it is one of the UK’s most trusted brands – and who can argue, as everyone knows that “Beanz Means Heinz”, right? The fact that Heinz has been using that strapline for more than 50 years highlights the value of promoting the same message of linking the product and the brand name so they become synonymous with one another.

This has become a fundamental assurance of quality, so shoppers know what they’re getting, and part of the trust in the brand is knowing that Heinz has got everything right behind the scenes in everything from health and safety through its entire supply chain, to complying with the high standards of food production, to adhering to all legislation throughout its operation.

The other key reason is the most important test of all: the taste. You don’t have to be a connoisseur to taste the difference between Heinz and other brands, as Heinz has defined the taste of baked beans – which is why 2.5 million tins are sold each day.

However, where lesser-known brands are at an advantage is that they don’t have a reputation for quality or taste to uphold – they’re cheaper for a reason. People who buy them know that they are possibly compromising quality for cost, and they’re prepared to put up with the taste of an inferior product.

As well as taste and quality, I’d shoehorn colour into the equation. Even if you take off the words and the image from the front of the tin, you’d still know it was Heinz. And that’s where the idea of the parallel between beans and battens initially came to life for me.

The colour of batten has become important. Broadly speaking, batten falls into two main camps. There are individual colours from specific suppliers – such as gold and red – and then there’s blue, which has become a generic colour produced by a host of suppliers. But even that’s changing now with other colours such as yellow and even brown coming into the mix.

For our part, we have become the UK’s leading supplier of timber roofing batten because of our Premium Gold batten. It’s our flagship batten and was developed and refined ahead of the introduction of BS5534. We had to jump through quite a few hoops during the process, but it was worth it because we’re proud to sell it because we can hand on heart say that it’s a quality product that is fully compliant. That’s because of:

The generic blue batten colour encompasses materials from right along the spectrum of quality. In my experience, there is some acceptable blue batten out there, however, there is a fair amount of blue which is poor in quality and sub-standard. Let me be absolutely clear: this type of blue batten production isn’t right because it is hoodwinking roofing contractors who think they are buying compliant batten because it is dyed blue.

Another reason – which goes hand-in-hand with quality – is the traceability of the raw materials used to make batten, which has full sustainability and legality, such as being FSC/PEFC certified. But, anyone can colour a section of timber, then call it a graded batten, but there’s a lot more to it than that. In other words, with supermarket brand beans, you have no idea what you’re getting when you open the tins – in the same way, you have no idea about the quality of the timber and assuming it’s a graded batten by its initial appearance.

Poor quality beans will just leave a bad taste in your mouth, but poor batten could mean that a roof fails. That’s why we’ll continue to follow the Heinz model and make the best batten we can.

This article featured within the Pitched Roofing section in the August issue of RCI on page 82. 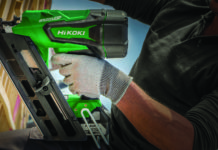 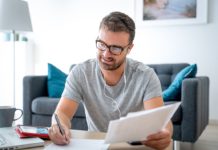 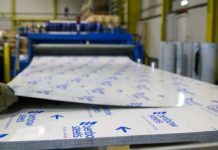 What to expect from the construction industry after lockdown?

How employers in construction can protect their staff’s mental health