The first cladding installer awards night of its kind was hailed a success by both those in attendance and those behind the scenes.

The night included a three-course meal, three-table casino, multiple-car racing simulator and a silent auction, with all proceeds raised from the not for profit event going to Aquarian’s charity of the year, Mind.

Aquarian organised the awards to recognise the work of the 60-plus specialist cladding companies on its Approved Installer Network for its Gebrik Cladding System.

Six categories were designed to celebrate the best Gebrik installations completed in 2017 and 2018, and after a vigorous judging process, each winner received a bespoke trophy, while all companies shortlisted received a framed certificate of distinction.

Paul Richards, managing director of Aquarian Cladding Systems, said: “Our approved installers work tremendously hard and we wanted to provide a platform for them to showcase the excellent work they do as we are as proud of it as they are.

“We’d like to thank all of those who attended what was a great evening and we were really happy with how it went.

“The comments during the evening and the feedback we had afterwards were all positive, and it gives us a great base for the future as we plan to make our installer awards a biennial event.”

Aquarian has won several industry awards in the past and recently scooped the Best SME (under £15 million turnover) Award at this year’s Bristol Live Business Awards.

“The value of winning an industry award cannot be understated,” added Paul. “Being able to say that the work you do is award-winning can make a huge difference.”

“The judges were extremely impressed with all entrants and the exceptional examples of Gebrik installations they put forward,” said Paul.

“Those that won were worthy winners, and as the very first winners of these awards they have set the benchmark for the rest in years to come.” 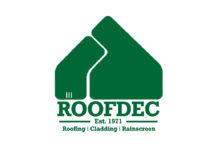 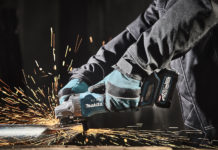 The next generation of angle grinding

Celebrating 25 years of confidence in the Confidex Guarantee