Russell Roof Tiles will continue to celebrate its 50th anniversary with a special event at St George’s Park Hilton, home to the 24 England football teams and the National Football Centre.

The roof tile manufacturer says the event will be one to remember as celebrity boxer Frank Bruno will be in attendance alongside BBC Radio 4 and 5 Live presenter, Garry Richardson.

Andrew Hayward, managing director at Russell Roof Tiles, said: “Our 50th year is a momentous and very special milestone for the business and we wanted to mark the occasion with an equally fitting event. As a sporting British icon who is no stranger to success, we are delighted that Frank Bruno will be joining us in our celebrations.”

Russell Roof Tiles’ Lochmaben 11 acre site was first founded in 1964 as the Annandale Tile Company. Since opening, Russell Roof Tiles has invested greatly in the site, upgrading and improving the factory, securing local jobs and enabling staff numbers to increase by 20%.

In its anniversary year, the firm has launched a number of initiatives to mark the half century, including fundraising for Macmillan Cancer Care and Help for Heroes and a family event for 220 employees at the Lochmaben site. 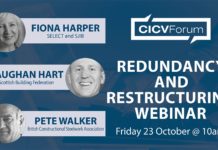 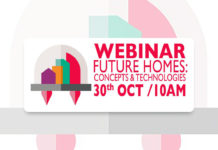 Ecobuild 2016 to put SMART building at its core