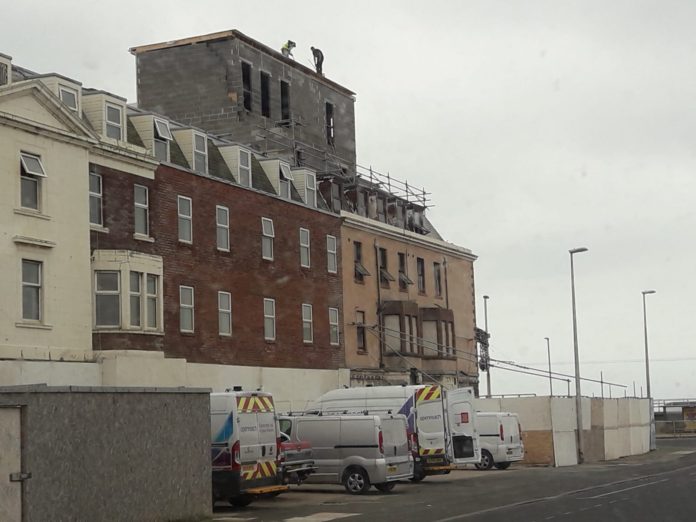 A construction company has been fined after putting employees at significant risk of a fall from height while working on a roof.

Blackpool Magistrates’ Court heard how on two occasions, 10 and 11 July, 2019, two employees of Ron Richardson Construction were observed waterproofing a flat roof at fifth floor level in Harrow Place, Blackpool close to an unprotected edge without the means to prevent a fall.

The workers were not being monitored and had accessed the roof to do the work as they were unable to carry out the task from below with the equipment, which had been provided for them.

Enforcement notices had previously been served against the company for work at height failures at the same site.

An investigation by the Health and Safety Executive (HSE) found that the company had not followed its own procedures and was not sufficiently supervising the work. Suitable edge protection to prevent a fall from height was not provided and the workers had not been given sufficient training in working safely on roofs.

Ron Richardson Construction of Seneca House, Links Point, Amy Johnson Way, Blackpool pleaded guilty to breaching Regulation 4 (1) of The Work at Height Regulations 2005. The company was fined £18,000 and ordered to pay costs of £3,342.

Speaking after the hearing, HSE inspector Christine McGlynn said: “The dangers here could have been mitigated with adequate planning and supervision of the work undertaken.

“Companies should be aware that HSE will not hesitate to take appropriate enforcement action against those that fail to heed advice and continue to breach health and safety legislation.”