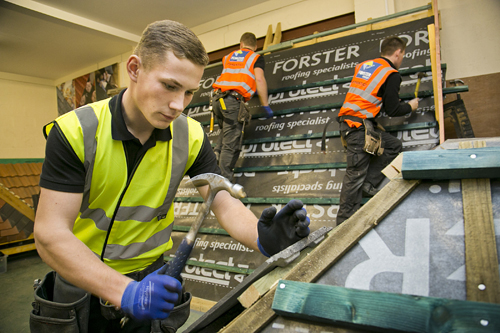 Recent figures from Direct Line for Business have revealed a decreasing popularity of construction and trade apprenticeships.

Nick Breton, head of Direct Line for Business said: “Apprenticeships are important for budding builders, plumbers and electricians to get into the workplace. With fewer people in apprenticeships there is a risk of creating a skills gap that will affect businesses and consumers alike.

“The introduction of the new £3 billion apprenticeship levy in the Government’s Autumn Statement and the promise of three million new apprenticeships across the UK is a positive move, which we hope will make it easier for SMEs to ensure that they have access to skilled young workers.”

Have you or are you taking on an apprentice? Let us know how the process has been for you and your business by emailing lsmall@unity-media.com. Speak to CITB at the RCI Show, which takes place at the Ricoh Arena, Coventry on 27 & 28 January 2016.