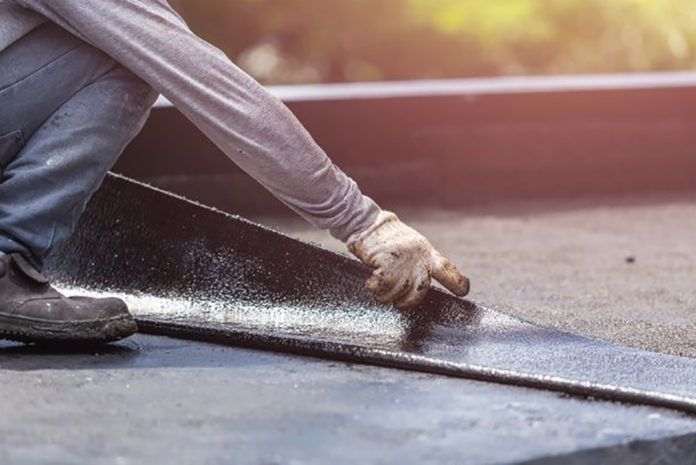 According to the new flat roof waterproofing systems report from AMA Research, since 2014, the market for flat roofs has grown largely due to an underlying improvement in newbuild and refurbishment output across the schools, higher education, offices, warehousing, infrastructure buildings and apartment sectors.

However, growth in the market for waterproofing systems has largely been constrained by a decrease in that of bituminous products, which once accounted for, around three quarters of flat roof waterproofing by area has been installed.

Since 2013, there has been a year on year decrease in their use, which has partly been due to raw material supply issues, as European bitumen refining capacity has fallen by around 20-25%.

The recent decrease in imports of rolled bitumen products began in 2014, but the rate of decline accelerated from 2016. This was in part due to the impact of reduced bitumen processing capacity with the closure of around a quarter of EU refineries. The other factor has been increasing competition from other waterproofing systems.

Over the next three years, we anticipate demand will fall after 2019 driven by the economic uncertainty and lower investment in the commercial sector. Prices for imported bitumen rolls could potentially increase should the value of Sterling fall against the Euro combined with higher prices arising from any possible further reduction in refining capacity.

This is largely dependent on how and when the UK leaves the EU. Any decline in new orders in commercial newbuild may be mitigated by steady demand for essential roofing RMI works, hence a softening in the rate of decline.

Hotter Shoes starts off on the right foot