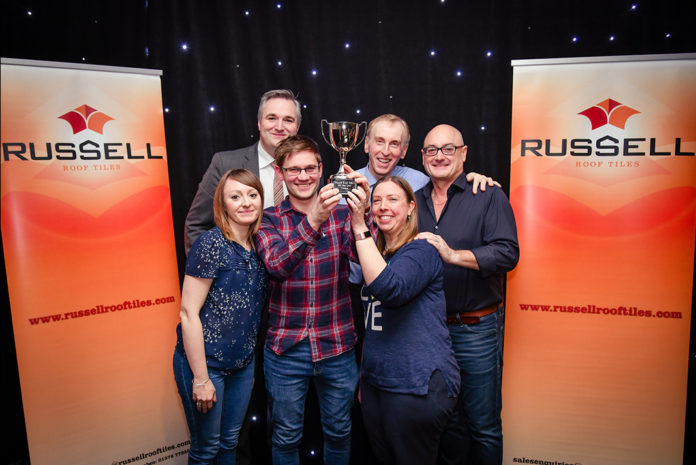 Russell Roof Tiles’ annual Big Quiz has raised £6,500 for charity, adding to its ever-growing pot of donations for local charities.

Forty-four teams of four, including customers, staff and suppliers – roofers and architects from across the UK, battled it out to take this year’s champion position.

More than £3,000 was raised via a nail-biting auction with one generous attendee bidding a staggering £700 for a boxing glove signed by the British sporting legend, Anthony Joshua. Lucky raffle winners also took home fabulous prizes of spa vouchers and football stadium tour tickets.

Money raised from the evening’s events went into the Russell Roof Tiles’ Community Fund, which was introduced earlier this year and benefits charities, such as Shropshire. Staffordshire. Cheshire Blood Bikes, Dumfries and Galloway Blood Bikes and Nith Inshore Rescue.

Andrew Hayward, managing director at Russell Roof Tiles, said: “The second year of our Big Quiz event was a triumph. We would like to thank everyone who attended for their fantastic support. A special thank you also goes to Burton Albion Football Club for providing us with the fantastic Pirelli Suite to host the event.

“We are incredibly proud to be able to support our local charities and raise much-needed funds, which goes a long way in providing vital funds in the community.’’