The government has announced changes to the Builders Finance Fund in an effort to incorporate small house-building companies into the wider sector.

Launched in April 2014 with the intention of helping to unlock sites of between 15 and 250 units that had been stalled by the financial crisis, the Builders Finance Fund offers œ525m to developers. Its main objective is to address difficulties in accessing development finance faced by some house-builders, but was criticised in the past for not including the smallest of firms working on developments under 15 units.

In response, the government has said that it will lower the threshold on the Fund to five units, meaning that house-building firms of all sizes will be able to access the half a million pound pool of funds.

This move has been welcomed by the Federation of Master Builders (FMB), which criticised the original threshold back in April 2014  when it was announced. Brian Berry, chief executive of the FMB, who in the past has called the Fund’s accessibility “disappointing” and “wrong”, said: “The government’s decision to open up applications to the Builders Finance Fund to the very smallest house-builders is going to make a real difference to our sector. We know that access to finance is the main barrier to SME house-builders increasing their output and the fact that ministers have taken our advice shows that government is committed to empowering small local builders and ensuring they can contribute to the much-needed uplift in new homes.”


Berry added: “I can’t stress enough how today’s policy announcements will impact positively on the ability of the SME house-building sector to build more new homes. We are currently building fewer than half the number of new homes required to meet demand, and these proposals will now unleash small local builders to build and grow.”

Bidding for the Builders Finance Fund has recently reopened on a continuous basis until the end of March 2015 or until the fund has been allocated. 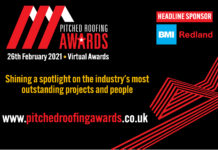 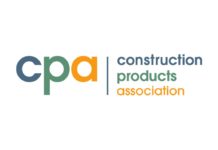