A former Grenadier Guard, who has been on sentry duty outside Buckingham Palace, has been promoted to assistant contracts manager, after impressing the directors of Bracknell Roofing with an ambition to forge a management career in roofing.

Luke Redgate spent ten years in the First Battalion of the Grenadier Guard – an infantry regiment of the British Army who famously wear red tunics and a bearskin plume as they guard royal palaces – before leaving to return to roofing.

He was born into the trade, as his father is a well-respected roofing contractor, and he spent weekends and school holidays working for his dad before he joined the army after leaving school.

After leaving the army, Luke went to work for his father – and alongside his two brothers – labouring on-sites. Bracknell Roofing saw his potential and he joined three years ago to work as a site supervisor on a project in Warwickshire.

From there, a vacancy came up for the post of assistant contracts manager in the Yorkshire branch in Leeds, and Luke grabbed the opportunity with both hands – even though it means travelling from his home in Nottingham every day.

Ambitious Luke said that he is delighted that opportunities are opening up for him at Bracknell Roofing. He said: “It’s great to be part of a team that is one of the leading roof slating and tiling contractors in the UK, and I’m really getting my teeth into my role as an assistant contracts manager.

“I am responsible for ten projects currently, and my role is to manage each contract to ensure that the project keeps on schedule. On a day-to-day basis, this involves dealing with roofers and tilers, ordering materials, organising payment to contractors and raising invoices.

“Bracknell Roofing saw the potential in me and has invested in me by putting me through training including NVQ Level 6 in Construction and Site Management.”

Luke added: “Being an assistant contracts manager is a far cry from being a Grenadier Guard and taking part in Trooping the Colour, but I’m excited about what the future holds – with Bracknell Roofing, there’s a very clear pathway of progression.”

Bracknell Roofing’s operations director, George Challinor, said: “Luke has shown great promise, dedication and commitment to Bracknell Roofing – as demonstrated by the fact that he’s happy to travel from Nottingham to Leeds every day. We’ll keep a close eye on him, as he has the potential to keep climbing the management ladder with us.”

Divisional director, Simon Smith, added: “Luke comes from a family of very well-respected roofing contractors, and we are delighted that he sees the opportunities within our business.

“We like to think that we have a strong track record of spotting and nurturing talented young people to build careers with us, as this is the cornerstone of a vision that will enable Bracknell Roofing to keep growing and developing for years to come.” 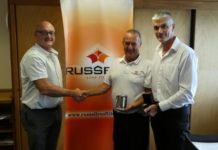 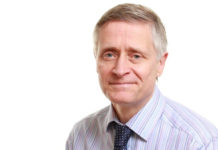 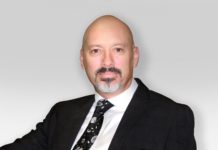