Mike Robinson, chief executive of the British Safety Council, has welcomed Peter McGettrick as the new chairman of the organisation.

Peter replaces Lawrence Waterman OBE CFIOSH, who stands down after four years in the post.

For the past year, Peter has acted as deputy chairman. He is a chartered safety practitioner and a partner and managing director of advisory at Turner & Townsend.

Peter has held a number of leadership positions in his career within a multi-disciplinary consultancy environment and has led significant transformation and business improvement programmes with organisations such as the BBC, MBNL, DWP, HMRC and Southampton City Council.

Commenting on Peter’s appointment, Mike said: “We are delighted that Peter has become chairman of the British Safety Council, and at the same time, we say a massive thank you to Lawrence Waterman for his significant contribution over the past four years.

“Peter brings a wealth of expertise from a successful career leading consultancy and advising on major infrastructure projects and I know he will bring fresh insight and new ideas to the role of chairman. I am also pleased that Lawrence will continue working with the organisation as a trustee, and that we will retain his extensive knowledge and skills.

“There has never been a more important time for employers to consider the safety, health and wellbeing of their staff, both in and outside of work, following the COVID-19 pandemic. It has to be a priority for any organisation looking to succeed today.”

Peter added: “I am very much looking forward to being chairman of the British Safety Council and would like to thank Lawrence for his huge contribution and service in the role. The British Safety Council’s vision that no-one should be injured or made ill through their work has never been more vital. I want to build on its already significant achievements to support organisations and their people to stay safe and to thrive in the workplace.

“At Turner & Townsend, I oversee hundreds of professionals working in contract services, consulting, sustainability, technology, operations, health, safety and quality. As we emerge from the pandemic, I believe the British Safety Council has a critical role to play in helping people both here in the UK and overseas to ensure we are building back safely and sustainably in a way that puts health, wellbeing and the environment first.”

“As a charity, it has been so important that we do what we can to help and support smaller businesses through this difficult time. I know that Peter is exactly the right person to steer the organisation though whatever comes our way in the coming years and continue to expand our reach in the UK and internationally.”

>> You can read more about the British Safety Council in the news here. 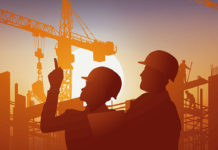 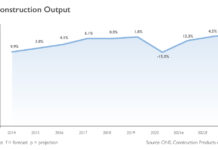 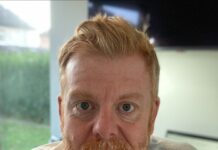