Shaylor Group’s Martin Chambers has been named ‘Achiever of the Year’ at the Celebrating Construction 2014 National Awards.

After previously winning the same title at the West Midlands ceremony held in April, the framework director progressed to the finals of the National Awards, held on November 14 in London. He faced stiff competition from other regional winners including Steve Baker, group manager of Construction Management Services at East Riding of Yorkshire Council; and Osborne’s Fred Mills, creator of collaborative platform BIM One Million.

“I am honoured to receive such a coveted award, particularly considering the calibre of the other finalists. Having a genuine passion for improving the construction industry nationally has obviously been a key factor of my success and I will endeavour to continue making a positive difference through my various roles and the invaluable support provided by Shaylor Group”.

Born in Manchester, Mr. Chambers graduated from Birmingham’s Aston University in 1981. Based locally since then, his career includes leading some of the region and country’s most prolific construction businesses and projects. Having entered the industry as a sponsored trainee with George Wimpey, he has gone on to oversee and manage a number of companies, major projects and national programmes of work.

Chambers was recognised for his role in the Chartered Institute of Building (CIOB), acting as its global president in 2007/8, being a former chair of Birmingham’s Family Housing Association and director of WMCCE and its successor organisation, MCCE. He also has strong links with academia, having been a governor of the University of Wolverhampton, external examiner with Aston University and a visiting professor at the University of Westminster.

Mr. Chambers now has a leading role the Shaylor Group, where he has worked on the repositioning of Shaylor Group as a sought after SME contractors. 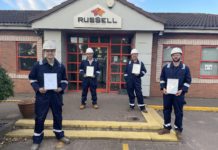 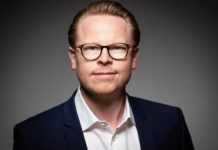 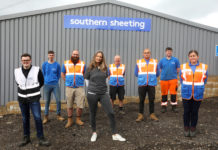