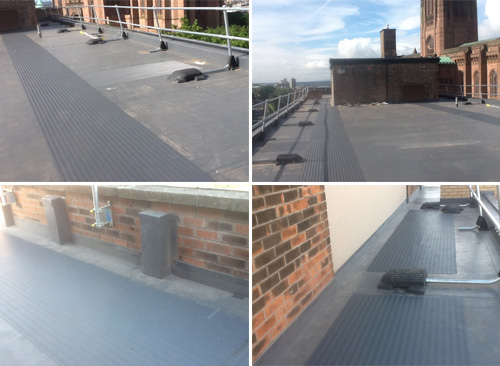 The world famous Liverpool Institute for Performing Arts (LIPA) has seen a major refurbishment and redevelopment contract carried out by Kier; with three different systems from Icopal’s range having been selected to ensure the old and new roof areas will remain fully protected from the city’s wet weather.

The roofing works, which are now fully complete, were carried out by Liverpool-based member of Icopal’s national installer network Mac Roofing.

The larger, high level of roof, over an existing office building, had some 600m² of Icopal Monarplan GF single ply membrane installed as a warm roof build-up. Then the lower, new-build section of the structure to house the new LIPA Sixth Form College was treated with Monarplan FM, while Parabit Solo hot melt was employed as part of an inverted roof build-up where heavy plant was to be installed.

Icopal conducted a detailed survey of the existing roof; as well as tying this into a viable specification for the new-build work, to achieve a cost effective package for the entire scheme.

Across the main roof, the Monarplan GF was fully bonded down across 140mm of board insulation and the vapour control layer. Then when it came to the plant room area of the lower roof, the specification arrived at a featured 225mm of EPS insulation and ballast as well as slabs, laid over the Parabit Solo hot melt, applied directly to the concrete deck.

Mac Roofing’s team of operatives were involved on the LIPA project throughout the late spring and summer months of last year, concluding their work in 2016. The buildings have been completed and handed over to the famous education establishment to serve as the new LIPA Sixth Form College, which opened in September 2016. 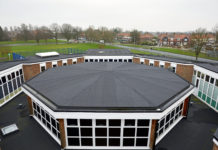 School’s re-roofing project shapes up nicely thanks to BMI 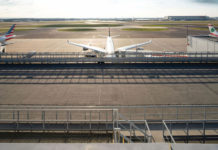 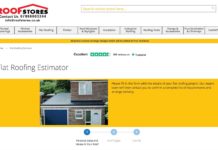 BMI delivers high aesthetic down by the waterside