Following a long period of economic instability, the construction industry has experienced a boom this year, with high rates of growth, particularly in house-building. This has put further strain on an industry which was already facing skills shortages. Following a busy summer period, the need for subcontractors has expanded at the fastest rate ever recorded according to the Markit / CIPS UK Construction PMI survey. This has put immense strain on subcontractor availability and bumped up labour rates significantly.

The latest labour rate survey from EC Harris shows that bricklayers in some regions are commanding average day rates of œ170 to œ180 and anecdotal evidence suggests that roofers in the south are getting paid similar day rates. In fact, Bracknell Roofing reports that they have seen labour rates for roofing subcontractors rise by between 30 to 50% this year alone.

Difficulty recruiting roofers
The Federation of Master Builders’ State of the Trade Survey (Q3 2014) found that 20% of respondents had found difficulty recruiting skilled roofers. These findings are echoed by the NFRC who report that many of their members are extremely busy and really need to find more skilled workers. Even the larger roofing contractors we see at our training centres are experiencing difficulties sourcing enough skilled labour.

George Challinor, from Bracknell Roofing, explained: “Since the end of last year, there has been a huge upturn in the availability of roofing work, with not enough skilled labour to meet demand, which is having an impact on many roofing companies. While we have introduced apprenticeship schemes throughout the Group, these will take time to come to fruition. The problem is that due to the lack of work between 2007 and 2012, we lost a generation of recruitment into the industry. This means that now we have young people coming into the sector on apprenticeships and many skilled older people but with a significant skills gap in between.”

A similar situation has occurred within joinery and carpentry. We have noticed that joiners and carpenters were amongst the first trades to be affected by job cuts during the recession.  Sometimes, in an effort to cut costs, general builders or DIY enthusiasts would attempt the work of a skilled joiner themselves and this obviously impacted on the work available.

When it comes to roofing, the industry’s annual recruitment requirement is 44,430 roofers a year, but it is expected that this will rise to 46,200 by 2018 (Construction Skills Network Blueprint for Construction 2014-2018). This is the amount of new roofers that need to be brought into the industry every year in order to account for both growth and churn rates from retirement and people leaving the industry. So how will we recruit so much additional skilled labour when we don’t have enough to do the work at the moment?

As Kevin Taylor, technical and training manager from NFRC explained: “The skills shortage is not a new problem, this happens after every recession when a lot of people have left the industry. If the roofing industry can be confident the work is there, then I am sure we can get more people into training and into the sector. There is already significant momentum behind training and qualifying the workforce in the UK roofing industry and this has improved significantly. There is a long way to go, but a lot to be optimistic about also.”

Specific programme
The NFRC has been working with the CITB and employers in Scotland to develop a new, special apprenticeship programme aimed specifically at Roof Tili 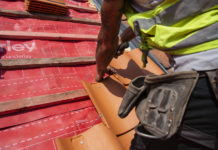 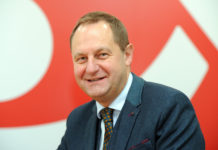 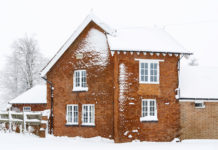 A winter warning from Marley

A winter warning from Marley

Face up to sun safety