The Department for Communities and Local Government’s (DCLG) has this week released its much-anticipated white paper Fixing our broken housing market, reiterating the need to build between 225,000 and 275,000 homes a year, and setting out Government’s strategy and commitment to achieving this.

It discusses the role of the local authorities in delivering higher housing volumes, utilising brown field sites across the country; potential changes in the way planning permissions are granted; new and innovative accelerated construction processes; the need for supply chain improvements, and also addresses quality and sustainability.

Some in the sustainable building industry have welcomed the white paper and Government’s intentions, once again stressing the need to maintain a focus on energy efficient homes and highlighting the options available to ensure quick and effective construction.

Julie Hirigoyen, chief executive of the UK Green Building Council (UK-GBC), said: “The Government is rightly committed to a major house building drive, closing the gap between demand and supply, and putting new homes within reach of those currently being left behind.

“Whilst delivering a significant quantity of homes is crucial, so too is delivering high quality homes. If we do not aim for zero carbon standards now, we will likely need to go back and retrofit these buildings in just ten years’ time in order to meet our carbon targets.

“The good news is that putting quality, good design and cutting edge construction methods at the heart of the house building process is actually conducive to achieving the scale of house building we need to see. A focus on urban areas – where people want to live and work – requires intelligent design and the engagement of local people to deliver high-quality, high-density developments that work for new owners and existing communities alike.”

Detailing four areas of focus, the Fixing our broken housing market white paper outlines the role and responsibility of all those involved in tackling the housing crisis.

For private developers, in line with the recently released industrial strategy, Government aims to boost productivity, innovation, sustainability and skills by encouraging modern methods of construction in house building.

It also expects builders and developers to take responsibility for investing in their research and skills base in order to create more sustainable career paths and genuinely bring forward thousands of new skilled roles.

For housing associations and other not-for-profit organisations, Government has announced funding worth a total of £7.1bn through an expanded and more flexible Affordable Homes Programme.

For lenders, institutional investors and capital market participants, a clear and stable long-term framework for investment is offered, including properties for rent. In return, it will call upon lenders and investors to back developers and social landlords in building more homes.

And for utility companies and infrastructure providers, Government is exploring an improved approach to developer contributions to help pay for new infrastructure. The key message of the white paper is that a wide range of stakeholders, including local authorities, private developers, housing associations, lenders and local communities have a role to play in achieving its four objectives:

Some in the roofing sector feel let down by the white paper, stating that, once again, Government has not done enough to support the industry and provide leadership in tackling the housing crisis.

Simon Smith, of roofing contractor Bracknell Roofing, commented: “Communities Secretary Sajid Javid MP has rightly pointed to the fact that the UK is not building enough homes. He mentioned issues such as land-banking, slow construction, making the planning system more accessible and tackling unnecessary delays caused by planning conditions, but the one thing he hasn’t set out is the vision for how the Government will actually stimulate our industry.

“Our industry is in desperate need of investment and support to strengthen all areas of our house building sector. We need genuine commitment and assurance to ensure we have all the skills we need for the future. We also need immediate action on issues such as the supply capacity of materials that has been badly impacted since the recession.”

Further criticism has come over the Government’s alleged lack of leadership. Commenting on the recent new home registrations announced by the National House building Council (NHBC), Naomi Heaton, CEO of London Central Portfolio, said: “With only 163,940 housing completions in England in 2015-16, the Government is a long way off the target of providing 1m new homes by 2020, promised by David Cameron.

“Not only do we have a housing crisis to meet right now, there is projected to be an additional 1.8m new households created by the end of this Parliament. Currently, the Government is not even standing still.

“Delayed twice, Sajid Javid’s lacklustre announcement, and accompanying 104 page document, was an underwhelming response. Reiterating the grave problems facing the housing market, about which we are all too familiar, there was a distinct absence of any detailed implementation programme.”

The Department for Communities and Local Government’s (DCLG)’s housing white paper Fixing our broken housing market can be found here. 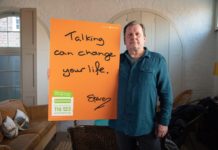 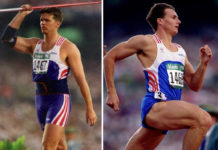 The Pitched Roofing Awards return for 2020