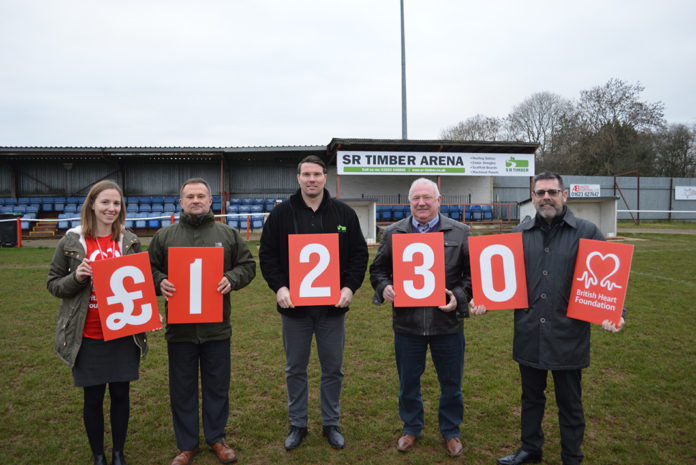 A community charity event in North Nottinghamshire organised by SR Timber has raised £1,229.88 for the British Heart Foundation (BHF).

The Family Fun Day event came about after the company looked at ways to support both its chosen charity and the local community close to its HQ in Huthwaite.

SR Timber teamed up with Teversal FC, the grassroots football club that it sponsors, and all profits from the event have been donated to the BHF – a charity that SR Timber chose to partner with last summer. The Fun Day was held in October and was the first fundraising event for the BHF by SR Timber.

Teversal FC – which plays in the East Midlands Counties Football League – hosted a five-a-side tournament, a hog roast and a ghost walk, finishing off with a spectacular firework display at the newly-named SR Timber Arena.

Nottingham Forest goalkeeper, Jordan Smith, was on hand to give out medals to junior footballers taking part in the tournament, and he also helped the club to mark its centenary by unveiling a plaque.

SR Timber’s trading director, Shaun Revill, is delighted that the event was such a huge success in raising money for charity, giving the local community a great opportunity to get together and giving the football club a shop window to encourage more local people to support their local team.

“The event was brilliant, and everyone was a winner,” said Shaun. “Local people had a great day out, the club had plenty of people through the gates and a large sum of money was raised for a charity that is close to the hearts of everyone at SR Timber.

“In the past few years, we’ve raised money for good causes by doing some incredible things, such as climbing Mount Kilimanjaro and taking part in a car rally across Europe – but with our partnership with the BHF, the team felt that we should be doing things that are much closer to home.

“The community event was a big hit with the football club, and we know there’s talk of making it an annual event.”

Organising the event was a team effort, but Shaun was keen to single out operations manager Steve Hill, who was instrumental in bringing the Fun Day together.

Steve said: “The thing that pleases me most was the fact that the local community came out in force to support the event – which meant we raised a decent sum of money for the BHF.”

Shaun and Steve joined Teversal FC chairman Pete Cockerill to hand over the money to Naomi Walters, fundraising manager from the BHF.

Naomi Walters said: “We never cease to be amazed by the extraordinary ways businesses like SR Timber fundraise for the BHF and we’re incredibly grateful to them for raising £1,229.88 at their community event.

“We urgently need more people to join our fight for every heartbeat and help power our life saving research. That’s why we’re calling on everyone across the UK to organise their own fundraising event to help support our vital work.” 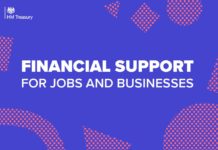 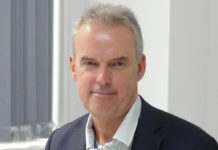