Travis Perkins plc has released its interim results for the six months ended 30 June, 2020, with the builders’ merchant group’s results being marred by £111 million of costs associated with its branch closure programme.

As a direct result of the trading conditions, there were added costs in relation to holiday pay, slow moving stock, rebates, and timing of customer credit account settlement, although up to £20 million of this might be recouped if the recovery in trading continues through the second half of the year.

During the April lockdown, Travis Perkins continued to trade but with a ‘service-light’ operating model, focusing on serving customers through remote, non-contact channels. Around a third of merchanting branches were open, while Wickes and Toolstation relied on online sales to operate most stores as fulfilment centres for either direct delivery or click and collect.

Through May and June, more of the Group’s merchant network returned to operation to support the early recovery of UK construction activity. In late May, Wickes and Toolstation began, under strict safety guidelines, to welcome customers back into its stores, with a corresponding step up in DIY activity supporting the Group’s overall performance.

However, it was soon apparent that surgery was required, and on 15 June, the board announced restructuring plans, resulting in the planned closure of 165 branches by the end of June, with the remainder closed by the beginning of August. Many stores never reopened.

By August, 165 branches had been closed. Combined with redundancies at corporate level, the number of roles lost is around 2,500, which is equivalent to 9% of the company’s workforce.

The restructuring actions are expected to deliver operating cost savings of £120 million a year in the future.

An adjusting item of £111 million has been recognised in half-year accounts to cover the initial cost of the restructure.

Nick Roberts, chief executive officer of Travis Perkins plc, said: “Throughout the pandemic, the health and safety of our colleagues and customers has been our primary concern. Customer interactions have changed significantly, resulting in changes to the way we do business, from increased activity through digital channels, through to alterations to our physical store formats in order to maintain safe working practices.

“Although our financial performance in the first half of 2020 was impacted by the COVID-19 pandemic, and we have had to undertake a restructuring programme in light of the challenging outlook for the group’s end markets, we have made significant strategic and operational progress against the four strategic priorities we outlined at our full year results in March 2020.”

Nick continued: “Although considerable uncertainty around the impact of the COVID-19 pandemic remains, the actions we have taken to adapt and innovate in our businesses mean that the group is well placed to continue to service our customers, support our colleagues, outperform our markets and generate value for our shareholders.” 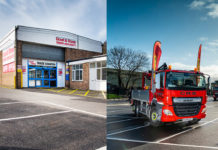 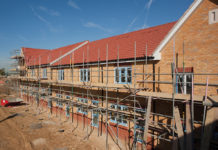