It is with great sadness that longstanding supporter and former president of the NFRC, Neville Harris has died at the age of 89.

Neville joined roofing firm Broadbents & Stephens in 1947 straight after leaving school. He subsequently was called up for National Service in Malta and Egypt. Upon his return, Neville rejoined Broadbents, eventually becoming a director and worked in that position until his retirement in 1996. He continued to work for the company in various capacities until 2001.

For most of his working life, Neville volunteered his time and energy to support the roofing industry and NFRC in particular. He sat on the NFRC Midlands Committee for over 40 years, serving as both its chairman and treasurer at various times, eventually becoming NFRC president in 1996. Following this, he continued to remain very engaged with the NFRC, sitting on various technical committees, as a trustee on the Charitable Trust, and internationally through the IFD.

Neville’s family wanted to express their appreciation for all the messages of support they have received, and have asked for any donations to be given to the Alzheimer’s Society.

Kevin M Taylor, president of the NFRC, who knew Neville well, said: “Neville was cherished by so many in the industry and will be sorely missed. He truly was the embodiment of everything the NFRC stands for. He was a man of integrity and was a true gentleman.

“The number of messages the NFRC Midlands Committee has received is a testament to the sheer amount of time and effort Neville committed to our sector and to the NFRC. Neville truly did devote his life to the NFRC, giving over 40 years of service, active regionally, nationally and internationally – and he, along with a few others, helped to shape the NFRC we know today.” 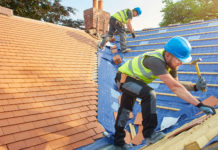 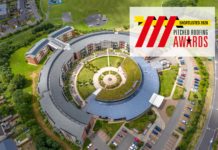