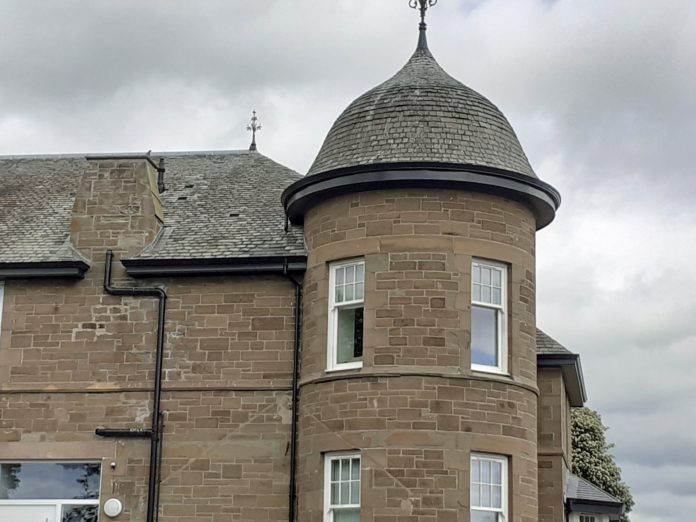 Marley Alutec’s Evolve Half Round and Ogee and Traditional Moulded Ogee aluminium guttering systems were chosen at the Panmure Hotel, Scotland for their ability to recreate the traditional cast-iron look.

At the start of 2018, the Panmure Hotel closed its doors for the final time following years of financial difficulty. The developer, West Developments then purchased the site the following year.

Primarily, the client’s ambition was to convert the existing building into several high-standard flats. The team also wanted to update the building’s rainwater and guttering systems to units that did not require intensive maintenance. As the development team had previous experience working with Marley Alutec it was able to quickly identify the company as an ideal partner for the project.

Given the varying elements of the building, the team from West Developments decided it was best to specify a mixture of products from the company’s extensive portfolio. Having numerous options available to them allowed the development team to ensure it was routinely making the most cost-effective decisions.

To this end, Marley Alutec’s Evolve aluminium guttering system and Traditional guttering system were chosen to replace the cast-iron gutters on the front and back of the building. Meanwhile, the Evolve system was also installed on an extension area, which previously featured PVC guttering, as it was agreed this would ensure a maintenance free system for all areas of the building.

It was crucial on this project that all existing cast iron rainwater products and guttering systems were replaced with low-maintenance alternatives. Crafted from marine-grade aluminium, Marley Alutec’s guttering and rainwater products resist corrosion and deliver an extremely durable and stable solution. Additionally, the company’s high-performing solutions are all available in a versatile Heritage Black Polyester Powder Coat (PPC) finish, which accurately replicates the appearance and texture of traditional cast iron products. On this project, the finish was specified across all units.

The development team also worked with Marley Alutec to create a bespoke radius section for use on a tower block on the front elevation of the roof. Cladding along the tower had fallen into disrepair, but the project team did not want to lose the unique feature when updating the rest of the building.

Fortunately, Marley Alutec was able to perfectly recreate the existing radius gutter to fit the area using the company’s Traditional Moulded Ogee Gutter system, which combines the inherent benefits of aluminium; longevity and low-maintenance. Once again, the bespoke product was specified in the Heritage Black finish, which gave it the look of a cast iron solution. Marley Alutec’s ability to manufacture bespoke units ensured the project team could upgrade the building’s performance, whilst still retaining its existing charm.

Drummond McKenzie, sales manager for Scotland at Marley Alutec commented: “We are delighted to once again work with the project team from West Developments. During this project, it was important to find solutions that helped the building retain much of its existing charm, whilst still improving performance.

“Throughout the project, we have installed a number of our systems, all of which perfectly replicate the look of cast-iron whilst providing a long-term durable solution.” 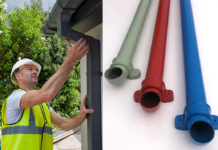 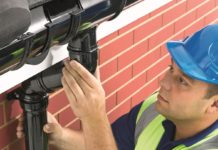 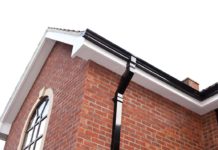