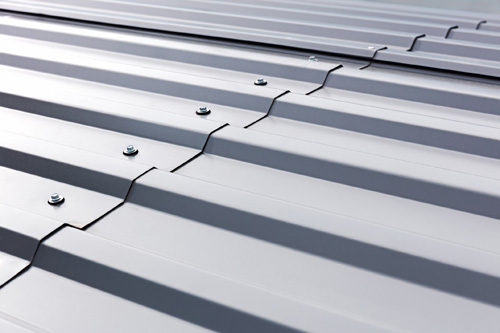 The most important consideration for Sharmans is to provide industry best practice on extending building lifecycle performance. It’s against this backdrop that the company recently reviewed the issue of whether to seal or not to seal the gap at the end lap of roof sheets when providing cut edge corrosion or full roof coating treatments.

End laps in metal roofing systems have been sealed for many years, typically with a butyl strip seal which historically was 9mm wide by 3mm thick and increased in thickness to 6mm wide x 5mm thick following testing carried out by the Metal Cladding and Roofing Manufacturers Association (MCRMA) and published in its Technical Paper TP16 in February 2004 and updated in April 2015 as Guidance Document GD 19. From a guidance perspective the answer is very clear that the end lap should be sealed.

Our next step was to consult an independent industry expert, Barry Jackson. Barry is widely known and respected within the roofing industry in which he has worked since 1968 and for the last 25 years has operated as a consultant, offering informed, independent, roofing and cladding advice to developers, architects, building owners, surveyors, property managers and main contractors. He also acts as an expert witness.

Barry talked to us in detail about both sealants and fasteners and how it is important to ensure the sealants are adequately compressed to exclude water from the lap. He explained that end lap sealing is designed to prevent water from being retained within the lap by capillary action and therefore reduces the risk of reverse side corrosion, especially noting that rainwater can contain pollutants which will accelerate this process.

Barry said: “Pre-painted roofing and cladding products have significantly improved over time because of advancements in steel substrate protection and multi-layer coating systems. However, if coating edge peel has occurred on older projects, it looks unsightly, causes concerns to building occupiers and should be treated before it causes further issues.

If the building is out of warranty and treatment is to be carried out, my recommendation has been that it is important that water is prevented from being retained within the end lap, by capillary action, as it can cause deterioration of the underside of the roof sheet where the coating is less robust than on the external surface. The system used to seal the gap must be able to accommodate thermal movement and be applied by trained operatives from an experienced Company who will issue an appropriate warranty.” Against this backdrop of best practice to seal the gap, we then took a closer look at the four main arguments often cited for not sealing the gap:

1. Any residual moisture already within the lap cannot escape
This is true, but even if you didn’t seal the lap, the moisture would still be held through capillary action and cause further reverse-side corrosion. We concluded that this is probably the most important reason to seal the gap and prevent further corrosion. It is however heavily reliant on the correct preparation to ensure that the lap is thoroughly dry before sealing.

2. Any internal condensation could gather on the underside of the sheet and run into the lap where it would be held
This is also true. However, the upper end lap seal should have been installed close to the upper end of the lap to exclude water from this source.

3. If the lap is not leaking, why seal it?
Again, this is a logical argument but it’s short-sighted as it doesn’t address the long-term greater risk of reverse side corrosion.

4. As less material is used, it is more cost effective to not seal the lap
Whilst it is obviously true that not sealing the lap will use less material and will also save on labour giving an initial cost benefit, applying a full coating system to seal the gap will remove the need for ongoing repairs and provide significant cost benefit across the life cycle performance of the building.

In summary, our decision is that it is the industry best practice to seal the end laps can be summarised as follows: 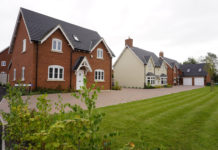 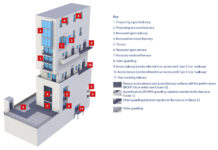 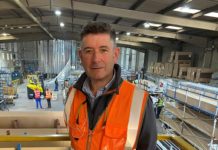