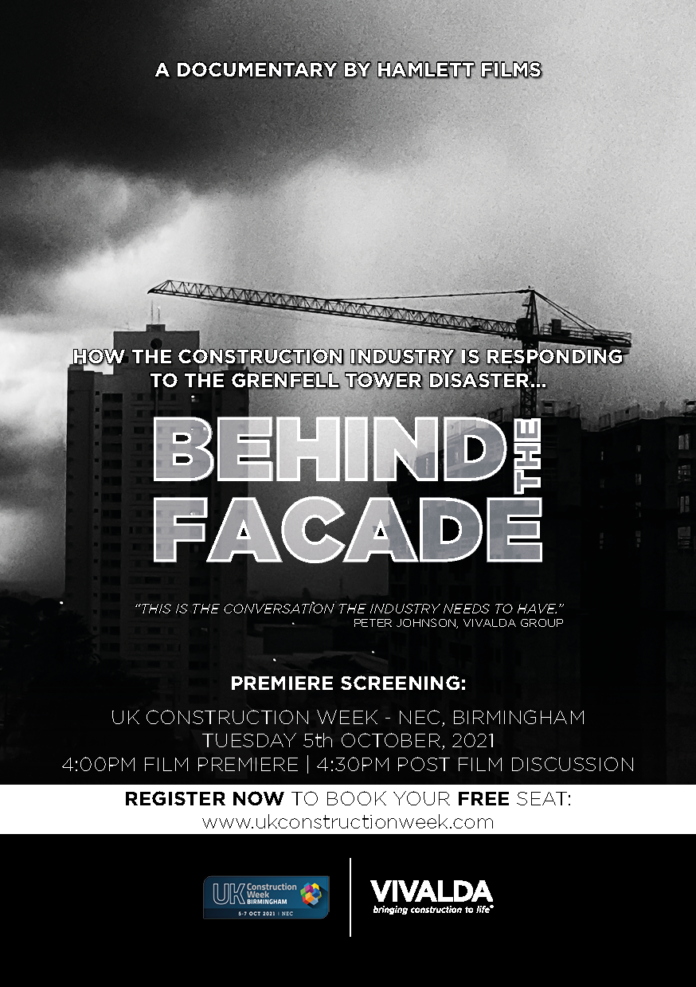 Vivalda’s Behind the Façade film has been recognised at the 2022 Event & Visual Communication Association (EVCOM) Awards in London in the Education and Training award category.

The 40-minute film funded by Vivalda and produced by award-winning independent film maker Hamlett Films includes contributions from architects, contractors, industry bodies and also a resident living in a high-rise apartment awaiting cladding remediation and was the brainchild of the Group’s founder and chairman, Peter Johnson.

He said: “The Grenfell fire was the most serious building failure in the history of the UK and yet relatively few of those within the construction industry were talking about it when we started to make this film in early 2021.

“As a business that has been trading for over 20 years, we wanted to see positive change in the industry. However, this lack of dialogue troubled me, and I wanted to encourage an open debate within the sector. Specifically, the effectiveness of the Hackitt and Moore-Bick enquiries and the practical impact of proposed changes to legislation were all issues that deserved serious attention. I hope that in some small way our film, Behind the Façade, has contributed to the industry debate since the events of July 2017.”

The film can be viewed here.

>>Read more about the film here.

Imaginative use of technology creates compact yet grand design

Shining light on a centre of excellence