It is now almost six months since the revised BS 5534 Code of Practice for Slating and Tiling came into effect in the UK, and overall there seems to have been a relatively smooth transition to these new, more stringent fixing standards.

Of course the industry did have a long crossover period and plenty of time to prepare for the changes. The grace period for NHBC work finished on July 1 2015 and this will bring more clarity because now all overlapping periods with the previous BS 5534:2003 are finished and all roofing work should now be completed under the revised version of BS 5534:2014.

Inevitably with such a significant change in the fixing of pitched roofs in the UK, our Technical Advisory Services have been receiving many calls asking for advice about the new requirements, particularly surrounding the mechanical fixing of tiles. Some callers are still unaware that all single lap tiles must now have a mechanical fix. However, the majority of contractor calls we receive are about which specific tiles need to be nailed and / or clipped, and since the introduction of the new BS 5534 we have produced thousands of free fixing specifications for contractors and specifiers.

The more robust requirements of BS 5534 mean there is an increased amount of clipping required and this means fixing specifications can be quite detailed. For example, a roof that previously only needed a proportion of tiles nailing now requires every tile to be mechanically fixed with a nail as a minimum, with some areas of the roof also requiring a degree of clipping based on a number of factors.

Whilst the requirement for clipping can somewhat vary dependent on location, pitch, product etc., the standard is also quite prescriptive on some areas such as tiles laid around windows which now require clipping, and all perimeter tiles which now requiring two fixings. As a consequence, one trend we are noticing is that some larger roofing contractors are simply choosing to clip everything to avoid any potential misinterpretation of fixings specifications and possible future costs if they haven’t secured the correct tiles. Rather than spending time counting each tile to see which ones have to be clipped, in some cases they are deciding just to clip everything to be on the safe side.

This belt and braces approach is certainly one we have seen increase since the introduction of BS 5534, and there may be upwards pressure on the Standards committee from contractors who would rather see a consistent approach like this taken in any future revisions.

Thanks to the introduction of products such as SoloFix – our one piece clip and nail – clipping is not the onerous task it once was and therefore this seems to be generating a more positive view about using clips in the roofing industry. We developed the product specifically to meet the increased clipping requirements of BS 5534 and sales are already beyond all our expectations. Once contactors use SoloFix they realise they can get the additional security of a clip for the same installation time as a nail and actually clipping a whole roof isn’t such a fiddly task anymore.

Feedback we have had from roofers who have used the clips suggests they don’t like going back to the old separate clips and nails that have to be threaded together and the figures from real live projects back up our own findings that SoloFix can achieve a 30% time saving on roof clipping time.

One area that does still seem to be causing some confusion is underlays because even if a product is CE marked, it doesn’t mean it is compliant with the BS 5534 requirements.  Indeed, some brands of underlay previously used in the UK aren’t suitable for use under the new Code of Practice. Contractors need to check with manufacturers that underlays have passed the necessary test before use.

This is a very good example of why it is important to ensure that specifications are up-to-date and not to habitually use the same ones. Our own research among architects and specifiers suggests that they will often re-use previous roof specifications, so for mechanical fixing and mortar, underlays and battens, contractors need to ensure the specifications they are given for projects have been updated for the new BS 5534 standard. We provide these for free over the phone or via our online TileFix service at www.marleyeternit.co.uk/tilefix.

One of the reasons BS 5534 has seen a fairly smooth transition is the amount of training and technical support provided by manufacturers and professional bodies, and the advance coverage it has received in magazines like RCI. As well as working with the NFRC to deliver training courses to its members, at Marley Eternit we have also developed our own CPD module which explains the changes to BS 5534 in detail, and to date this has been completed by over 1,400 construction and design professionals from the UK and abroad. It is still available to complete online.

Although it is still early days, feedback from roofing contractors we work with suggests the BS 5534 changes are inevitably having an impact on costs, both in terms of labour time and materials, and this is something contractors need to be able to pass onto their customers. While the changes have been significant for the roofing industry, there is no doubt that as a result house-builders and homeowners alike will benefit from vastly improved roof security, which will lead to longer-term cost savings by improving roof performance and reducing warranty claims. 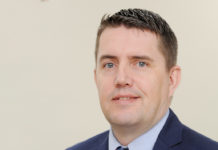 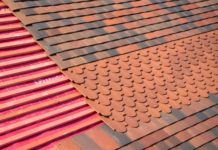 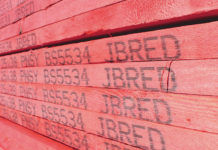 Batten and sustainability – your questions answered